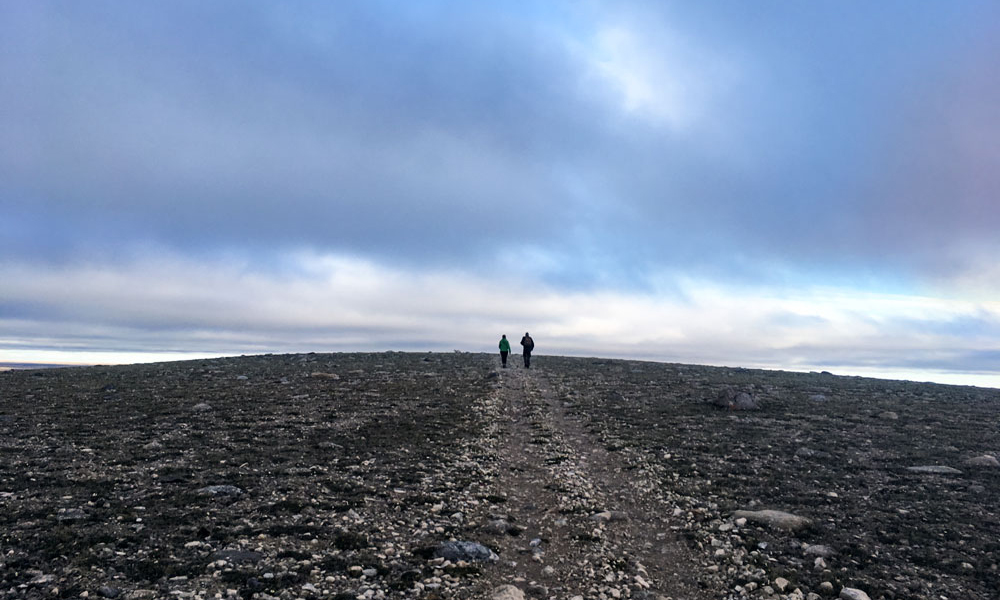 THE ARCTIC IS THAWING. THE NORTHWEST PASSAGE IS CHANGING. More ships are moving through the waterway. The decrease in sea-ice has led to a doubling of vessel traffic over the last 25 years, and the shipping season will get longer. More change is yet to come.

How is this increased traffic and growing development impacting wildlife and their environment? And how will Arctic communities plan for change? That’s the focus of a UBCO collaborative research project led by Kevin Hanna, director of UBC’s Centre for Environmental Assessment Research, and funded by Irving Shipbuilding International.

“Less than five per cent of the Arctic marine environment is mapped to modern standards,” says Hanna. “That’s quite staggering considering the northern territories make up the major part of Canada’s coastline.” 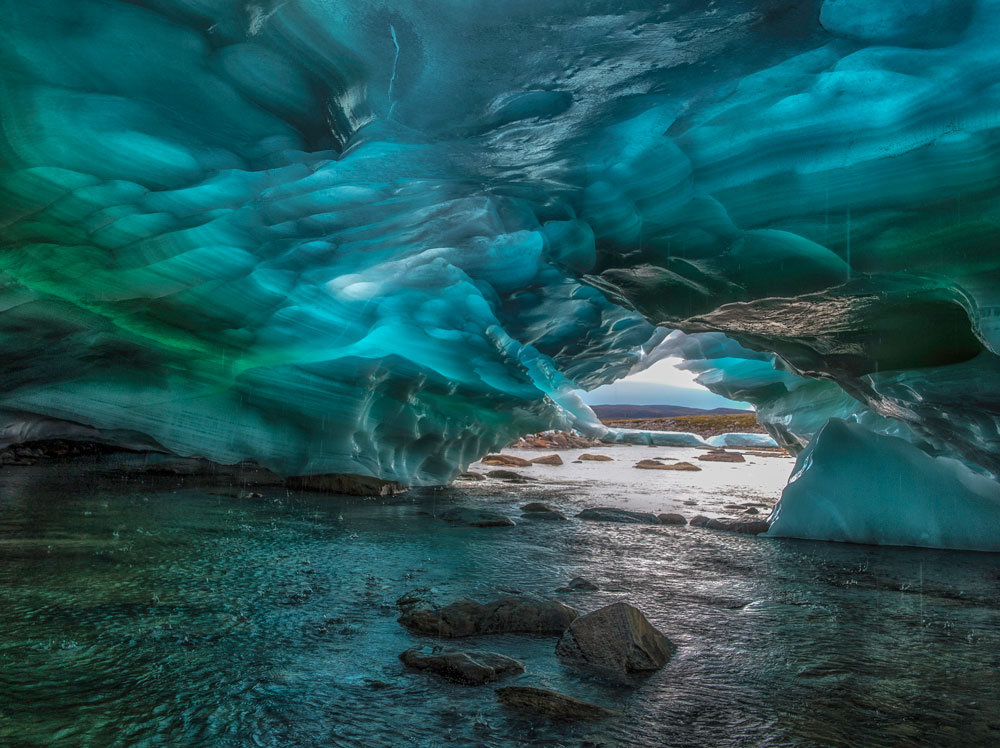 To better understand the future of the Arctic, Hanna believes we need to think about how we approach and approve development decisions in the North. Master’s student — now alumna — Nicole Peletz was just the person to assist him.

Peletz is a competitive mountain biker who spends her weekends riding the Okanagan Valley’s trails. On weekdays, however, she navigates environmental impact assessment practices.

Instead of packing her helmet and bike for some sun-drenched shredding in July 2018, Peletz planned for a colder, less-hilly adventure. She joined Hanna and University of Saskatchewan graduate student Bethany Thiessen for a 10-day reconnaissance to Cambridge Bay, Nunavut. 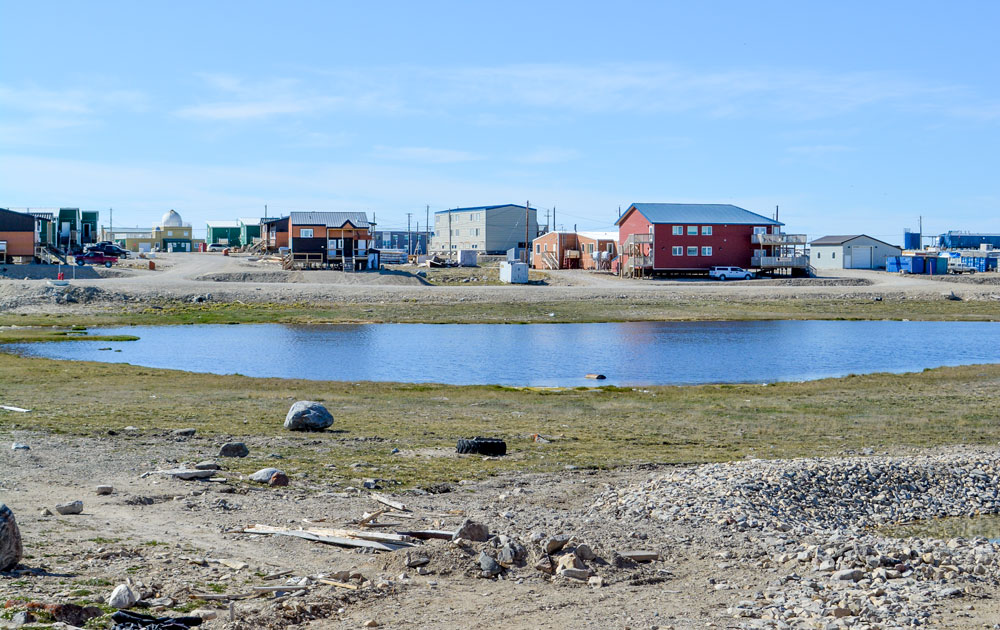 It was Peletz’s first trip to the high Arctic, but not her first remote experience.

The young voyageur moved to Labrador from Montreal after graduating from high school. She first volunteered with Katimavik, a long-standing community development outreach program for Canadian youth, and then worked with the Inuit Government. Coming from a city of almost five million people, Peletz experienced a short-lived culture shock.

“I had never experienced such vastness and cultural difference,” she says. “It made me curious about the North.”

Motivated by all things environmental, Peletz returned to Montreal to pursue an undergraduate degree in bio-resource engineering at McGill University. An environmental assessment class textbook written by Hanna heightened Peletz’s interest. She moved to Kelowna, joining Hanna’s research group as a graduate student.

The team: Thiessen, Peletz and Hanna.

Impact assessment (IA) is not just a buzz-term used by politicians and academics when discussing climate change and the environment. It is the process used by developers and governments to evaluate the effect of a project or action on an ecosystem or a community.

Hanna and his team are examining how impact assessment is designed and used, in particular, for dealing with environmental change and the unique environmental impacts of resource projects in the Canadian Arctic. 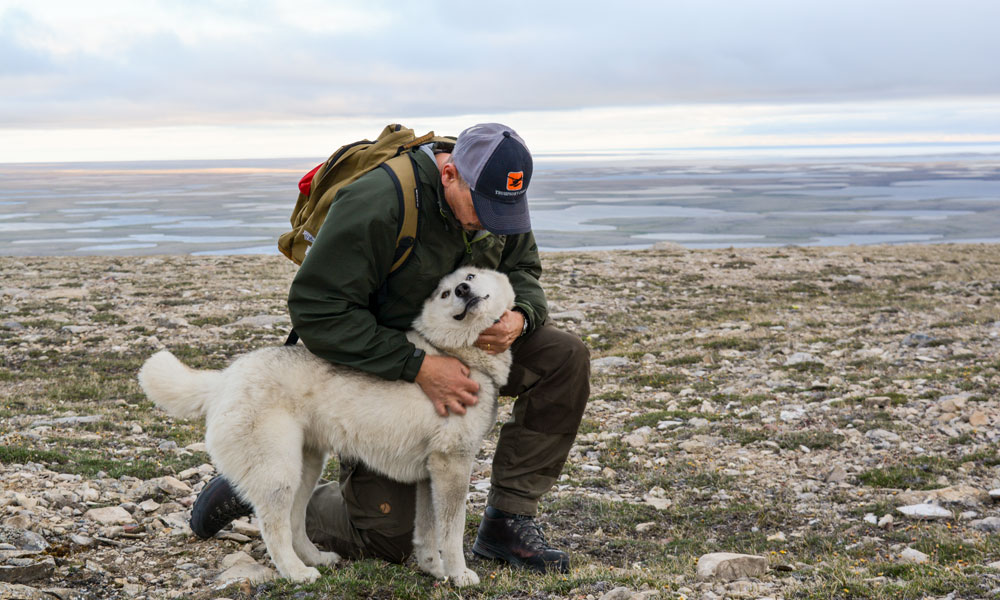 Hanna and a local pup.

“Remote Arctic communities and marine environments are particularly fragile and subject to the effects of climatic change,” he says. “IA is a key management tool, which will identify the consequences of development occurring in a rapidly changing environment.”

“The Canadian Arctic is experiencing environmental and social-economic change like never before. The IA process presents a unique opportunity to help respond to the impacts that come from all this.”

Major routes of the Northwest Passage.

This is where Peletz’s graduate project fits in. She focused on the impact assessment of shipping in the Northwest Passage, specifically in Nunavut.

“As resource development in Nunavut grows, so does the amount of marine shipping,” she says. “In addition, a decline in sea-ice is leading to more navigable Arctic waters. Cargo transport, fishing and tourism all pose a strain on marine environments.”

“Because temperatures in the Arctic are rising faster than anywhere else in the world, we must look to the experiences of Inuit as a harbinger of what is to come, and seek their guidance on how to live more sustainably.”

— Sheila Watt-Cloutier, environmental advocate and author of The Right to Be Cold, in Canadian Geographic 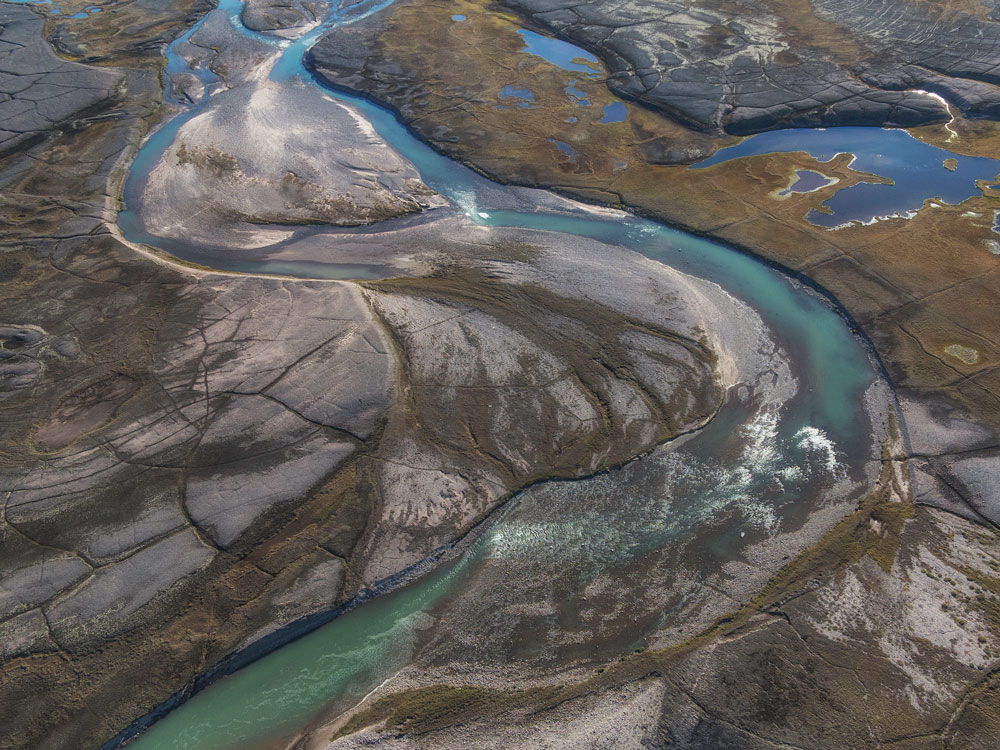 “One of the issues of IA is a lack of baseline, or starting-point, information,” she says. “This is especially true in the Arctic where unprecedented environmental shifts result in rapidly changing baselines and greater uncertainties.”

To better understand the gaps, Peletz looked at the previously submitted impact assessment reports of eight Nunavut mining developments, including gold, uranium and iron. She evaluated how the reports were compiled and where the information came from.

Peletz noticed variations between reports and data gaps including information about marine mammals and fish. She then evaluated the role of Inuit knowledge in the impact assessment process, as well as addressing some of these information gaps.

Inuit Knowledge — or Inuit Qaujimajatugangit (IQ) — is a body of knowledge, cultural beliefs and values of the Nunavut Inuit; it is ‘what has always been known’.

“IQ is invaluable to the impact assessment process. Often IQ and western science are complementary and together they make the process strong,” she says.

Peletz says researching ‘in the field’ and connecting with the local community added a new dimension to her work. She admits she was initially hesitant to ask questions of the Inuit community but they were very receptive to her work and supportive of the researchers.

“They were open and clear. They helped me better understand how projects are perceived.”

She learned that the Nunavut Impact Review Board (NIRB) is the agency responsible for IA in this area.

“The NIRB is unique in that the board consists almost entirely of members of the community, many of whom hold local and traditional Inuit knowledge.”

She adds that it was tremendous to meet this board and better understand and appreciate the strengths of their IA process. “This brought value to my work.” 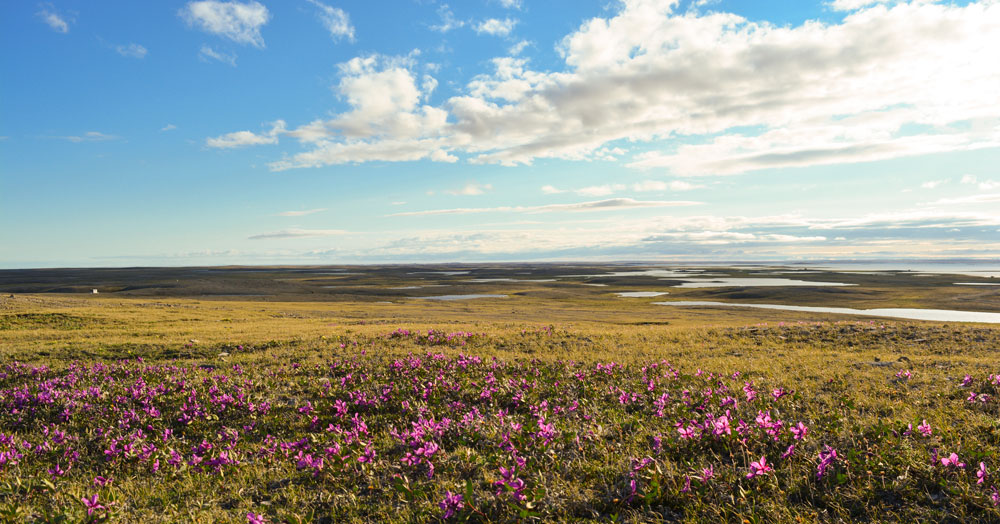 Her and Hanna’s next steps are to develop recommendations and opportunities for the Nunavut community and the developers. The model could also be very helpful to other Indigenous-led impact assessment processes in Canada.

Beyond her research, the normally committed vegetarian embraced local traditions, sampling caribou, char, and muskox. She also had the opportunity to experience some of Nunavut’s vast landscape, and stay at the new Canadian High Arctic Research Station.

After she returned from the North, Peletz successfully defended her thesis, and moved into a new job with the Government of British Columbia.

Photos courtesy of Kevin Hanna, Brendan Peachey and Nicole Peletz; not for reproduction without permission.