CONNECTING IN THE YUKON 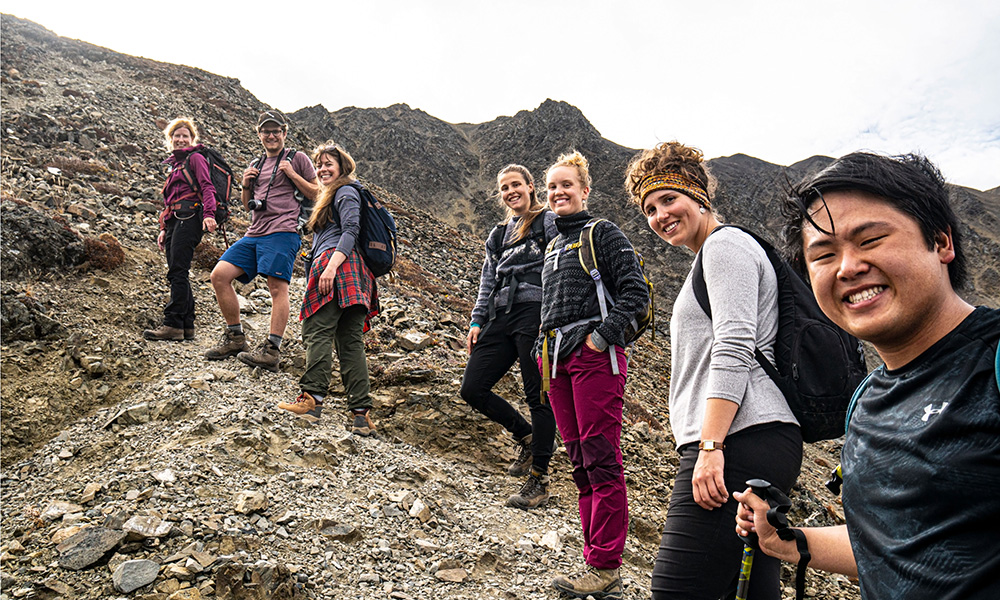 THEY CAME WITH DIFFERING EXPERIENCES, EXPECTATIONS AND KNOWLEDGE. Yet all nine of the students who participated in the ‘Landscapes as Complex Social-Ecological Systems’ Yukon field course left with similar mindsets and impressions: they were humbled by the vast landscape, awed by its beauty and overwhelmed by the speed at which the landscape has changed over the past centuries and continues to change today. 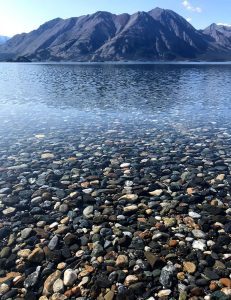 Taught by UBC sustainability professor Lael Parrott with Kluane Lake, Yukon, as their backdrop, the field course encourages students to critically evaluate how human-environment interactions change landscapes. Issues such as the impact of climate change on ecosystems and people, changing wildlife population dynamics, and the path to self-government by Yukon First Nations were examined.

“The entire landscape is changing — vegetation, hydrology, and new species are moving into the Yukon that were never there before. Prevailing wind patterns are changing too, so that airport runways are now oriented the wrong way and planes are having to land on the highway instead of on the runway.”

Parrott, a professor in UBC Okanagan’s (UBCO) Irving K. Barber School of Arts and Sciences, says it is amazing to see students from the various faculties, including science, humanities and arts, be challenged to learn outside their disciplines.

“Science students learned to accept uncertainty, while those from humanities learned about the biophysical world.”

“They all returned home with a bigger appreciation of the importance of a multi-disciplinary approach to environmental problem solving.”

Parrott explains that this is similar to current real-world environmental dilemmas, where no single person is responsible for decision making, even at the highest level. “It’s a collective process.” 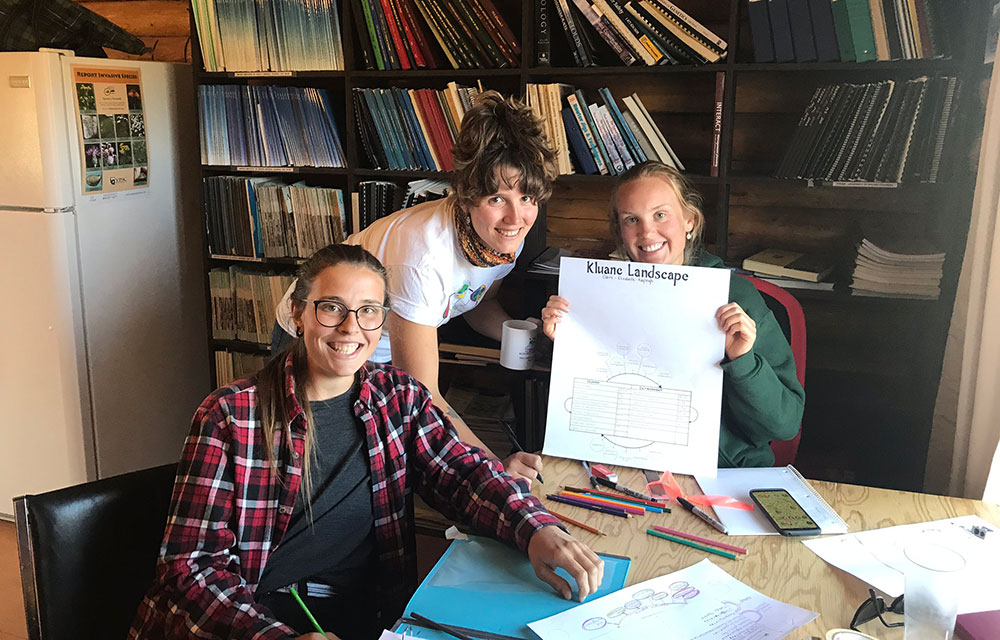 Fine arts student Lindsay Kirker agrees. “We came from different cultural and educational backgrounds but this experience connected us, and the conversations we shared were enlightening and extremely informative.”

Kirker, who is completing her Master’s degree at UBCO’s Faculty of Creative and Critical Studies, first learned about the course online and it resonated with the focus of her thesis. As an avid painter, she aims to address the emotional and ethical disconnect between human actions and consequences. “I believe we are facing the present climate crises because we are disconnected from the land.”

Kirker wanted to better understand environmental dynamics and biology. “As artists we assume we have to teach ourselves. This course presented a great opportunity for me to learn outside my field.” 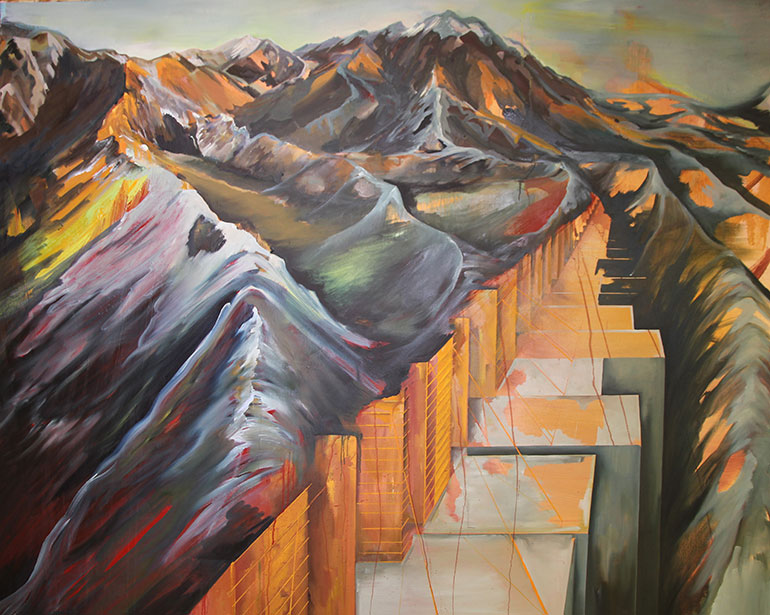 A painting by student Lindsay Kirker.

Although nervous at first about being outside her comfort zone and in a remote area, Kirker says she surprised herself with her ability to keep up with the class both physically and academically. She also appreciated how the unique environment brought the study material to reality, with the retreat of the Kaskawulsh glacier and the subsequent drying up of the Ä’äy Chù (formerly Slims River), being a major topic of discussion among the students.

Although the glacier originally fed the Ä’äy Chù, tributary to Lhù’ààn Män (or Kluane Lake) for centuries, in May 2016 the effects of global warming became shockingly apparent: over just a few days, the glacier receded enough so that its meltwater no longer flows into the Ä’äy Chù. Later that summer, the Lhù’ààn Män dropped 1.6 meters. The once mighty Ä’äy Chù estuary is now a dusty plain. 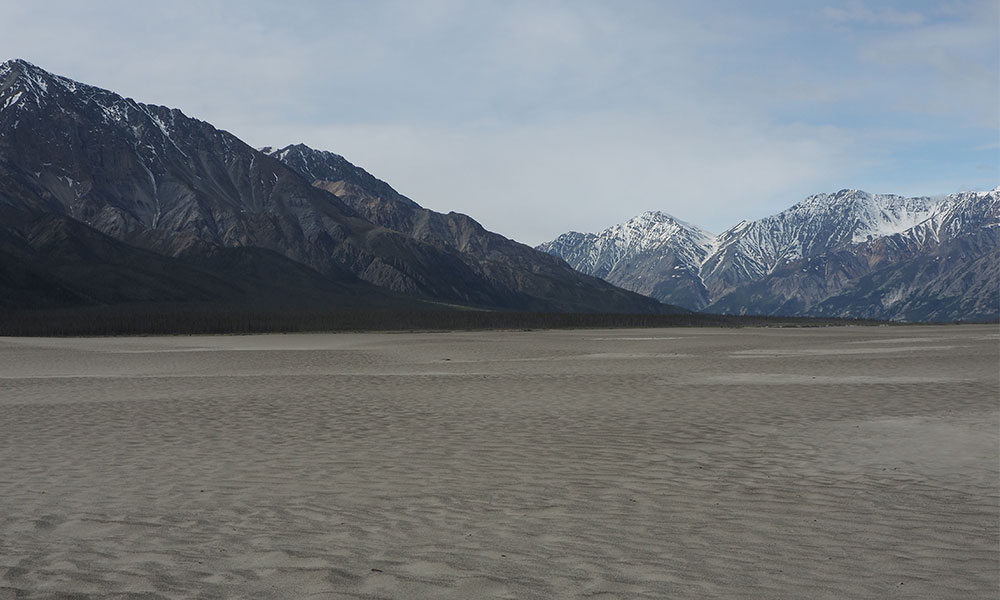 The Ä’äy Chù estuary, which is now a dusty plain.

“The course taught me that everything is connected,” adds Kirker. “A drop in the lake levels had cascading effects from the vegetation and wildlife to the community.”

UBC Faculty of Forestry master’s student Emmanuel Adoasi-Ahyiah also had some initial misgivings about attending the course, but the topics of complex systems and resilience drew him in. “I was the only student from UBC’s Vancouver campus and I was unfamiliar with the Yukon and the other students.” But, the Ghanaian-raised student decided to approach the opportunity with an open mind.

“Little did I know that this was going to be one of the most challenging yet educating and enlightening exercises in my academic life, and that I would have to go beyond my comfort zone to achieve them.” 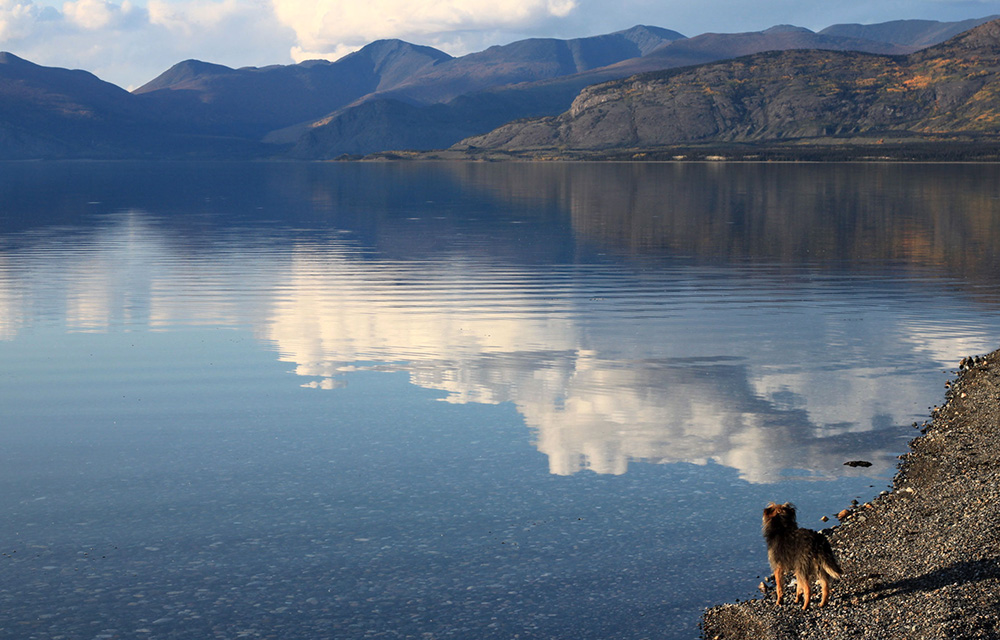 After long and sometimes demanding outdoor treks, the students were asked to work in groups to recap their knowledge and present solutions to current issues. Adoasi-Ahyiah agrees this learning methodology was unique, stimulating and fruitful. He hopes to incorporate the knowledge of human impact and connectivity into his forestry research as well as into his daily life.

“What appeared to be just another fieldwork trip, a routine part of my academic path as a forestry student, became a journey of learning and unlearning of concepts and beliefs, and the discovery of self.”

“What appeared to be just another fieldwork trip, a routine part of my academic path as a forestry student, became a journey of learning and unlearning of concepts and beliefs, and the discovery of self.”

As a doctoral student in the Department of Biology, Kayleigh Nielson may have been the best prepared for the course, but even she had much to discover. She was particularly interested learning about her area of research focus, weed management systems, in the Yukon. For her, Northern Canada was “mysterious” and she anticipated the adventure as well as the opportunity to connect with the Yukon biology community. 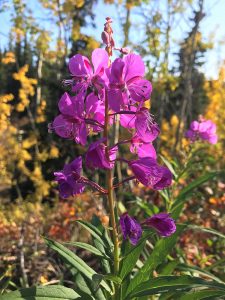 The hardy fireweed, the official flower of Yukon Territory.

“There is no substitute for experiencing an environment first hand,” she says, referring to the advantages of field courses. “I recognized many plants and was amazed at their similarity to those of the Okanagan. At the same time, the landscape and some other plants were unfamiliar.”

She was also surprised to learn that invasive weed management is not a major priority in the Kluane region. She anticipates this will change and would like to be involved in the planning.

Nielson’s experience has motivated her desire to return and explore the North further. She believes southern weeds will continue to expand northward and, in the future, would like to work with the local community to manage these species.

During their experience, the group learned that there are many elements to take into consideration when trying to manage complex environmental issues, with communication and sharing being key.

“The involvement in this seminar not only solidified the importance of experiential knowledge,
but the overwhelming significance of communication,” says Kirker.

As the students were reminded that no one model is perfect, they were also surprised by how their work converged on central priorities, such as land-use and climate change. 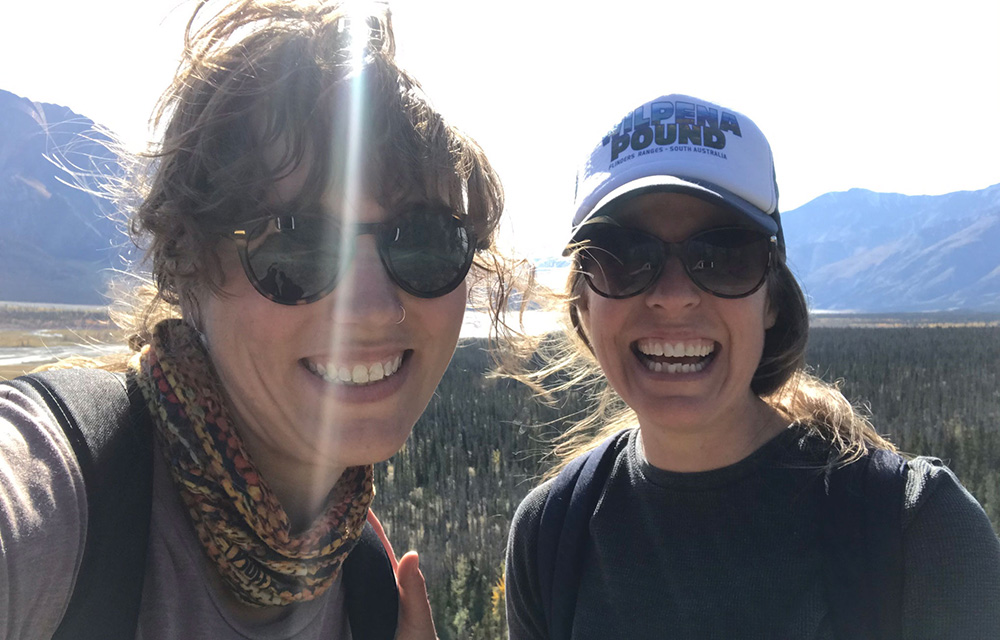 Kirker adds that there needs to be room at the table for all voices, especially those of the First Nations.

Adoasi-Ahyiah echoes this belief. “Overall, I believe we should acknowledge how important it is to communicate and consult First Nations and local communities, who are the primary stakeholders and custodians of the land, on serious decisions about conservation such as species reintroduction.”

Parrott adds that they all returned home with a bigger appreciation of the importance of a multi-disciplinary approach to environmental problem solving. This was exactly what she hopes they’ll come away with.

Adoasi-Ahyiah summarizes his experiences by quoting Benjamin Franklin, “Tell me and I forget, teach me and I may remember, involve me and I learn.”

“It’s rewarding to see the students’ perspectives evolve over the week, from viewing the world through the lens of their own discipline, to understanding how complex and interconnected the world is,” says Parrott. “They got it.”