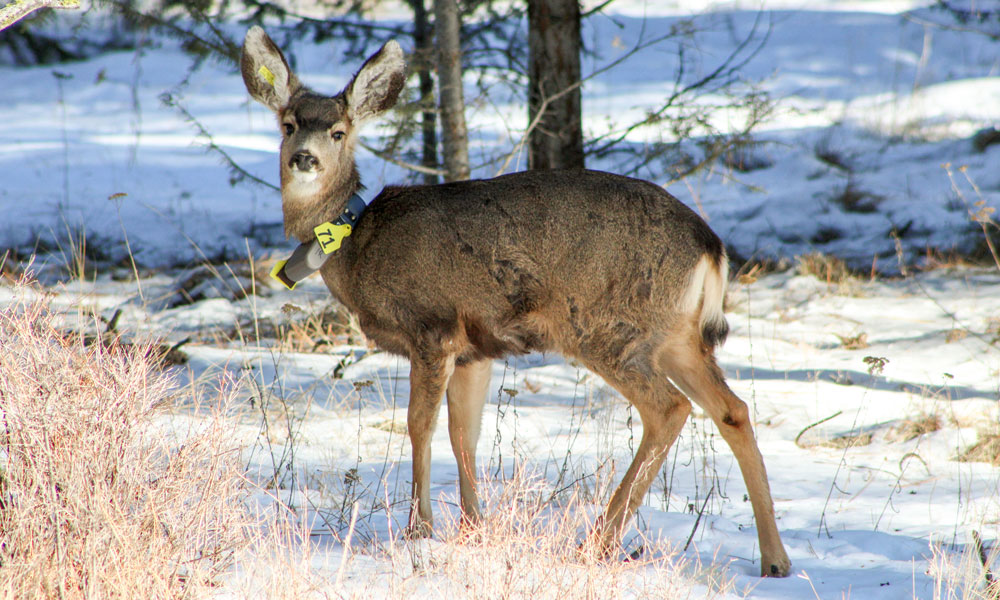 IMAGES OF SURGING SUMMER WILDFIRES AND SMOKE-FILLED SKIES ARE STILL FRESH in the memories of British Columbians.

Despite the destruction, the massive wildfires shrouding British Columbia in smoke in recent years may actually be helping boost dwindling mule deer populations.

UBC Okanagan PhD student Chloe Wright says fire may be one of many factors “driving” populations of mule deer. 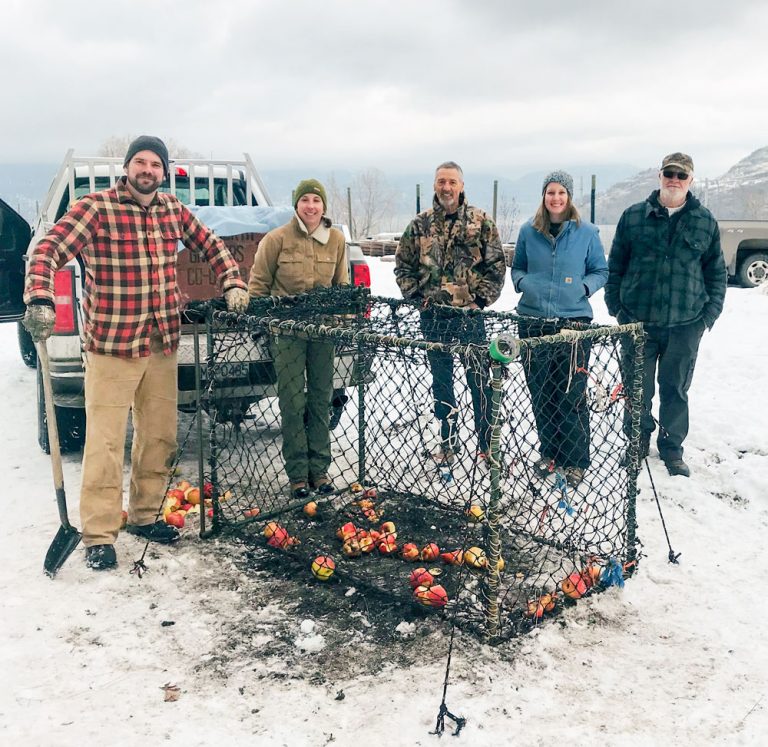 Initiated in 2018, the study aims to better understand a drastic decline in BC’s mule deer population over the last 50 years. Along with UBC Okanagan, the Okanagan Nation Alliance, the BC Wildlife Federation, the Habitat Conservation Trust Foundation, the University of Idaho and the BC Fish and Wildlife Branch are all key players in the research project that has now tagged and collared more than 100 mule deer.

The study employs GPS collars to gather spatial and survival data on deer in three different regions of BC’s Southern Interior — near Grand Forks, Garnet Valley-Summerland and Ashcroft, BC. Researchers will compare data, with half of the deer collared in the vicinity of recent burns, the other half further away from burns.

“Mule deer are considered an indicator species and their population health is tied to what is going on in the rest of the landscape” says Wright. “The more nutritious the ecosystem, the healthier deer.”

While BC may have experienced huge, intense wildfires in recent years, Wright says there has been a gradual decline in frequency of fires over the last 50 years.

“We have become so good at fire suppression that there are far less fires than there used to be but that isn’t necessarily good for the deer,” says Wright.

“When fires rip through and burn the whole forest down, you think – ‘Oh man, that must be really horrible, there’s nothing left.’ But actually, it turns out that the plants that grow the first couple years after a fire are really nutritious and there’s a lot more of them.

Led by Assistant Professor Adam Ford, the WiRE lab works closely with government biologists to study the impact of human activity on the interactions of large predators (wolves, bear, cougars) and their prey (deer, elk, sheep). It was a great match for Wright’s research ambition.

“I didn’t know Adam at all and didn’t meet him until I’d already said yes to the position. But a professor at my previous university gave Adam a great recommendation, and I knew he was an enthusiastic young faculty member and my success would be his success as well,” says Wright.

“Your graduate advisor plays a large role in how your project goes. Adam is really supportive, and he has a really good knack of making you sound smarter than you are, which is nice when you are writing something,” says Wright, clearly happy to join Ford’s research team.

She came to the Okanagan with a wealth of fieldwork experience, trapping and collaring white-tailed deer for her master’s research project in Missouri.

The clover trapping method Wright employed during her master’s has been adapted by the mule deer team.

“It is just a soft netted cage baited with apples. Deer walk in to eat the apples and trigger the trap.”

The traps enable the team to subdue deer without using tranquilizers, gather samples and use ultrasound machines to check for pregnancy, count the number of fetuses, and accurately determine the body condition of the deer.

The data will give the team a glimpse into migration routes, habitat selection and the effect of roads on mule deer populations.

Wright says urbanization plays a large role, noting that on average over 10,000 km of new roads are added to the BC landscape every year. Many of these roads can become barriers to the migration patterns that deer have followed for generations.

Mule deer have the awesome ability to remember migration routes that are hundreds of kilometers, some of the longest large mammal migrations in North America. It is believed that fawns are shown their migration path once by their mother and then remember the precise route and pass it on to their young.

If a fenced road suddenly intersects a migration path, deer do not have the plasticity of mind to find new routes, explains Wright. 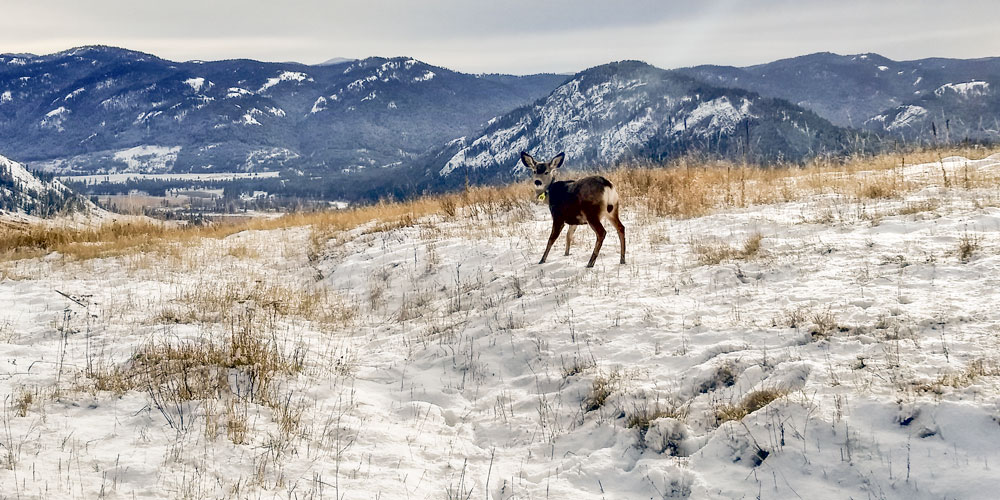 Beyond fire and urbanization, the project is also looking at the role of predators. Wright says cougars are causing the majority of mortalities to date.

The next phase of the project, led by the University of Idaho, is to place about 50 cameras in each of the three study areas. Along with the collaring data, the cameras will add to the understanding of what’s causing the decline in mule deer.

“The cameras are able to give us a good idea of the relative predator density in each of the study areas,” says Wright. The cameras will provide data like how many other deer or hooved species the mule deer may be in competition with.

Wright has at least another three years of her PhD left and the Southern Interior Mule Deer project is expected to continue until 2022.