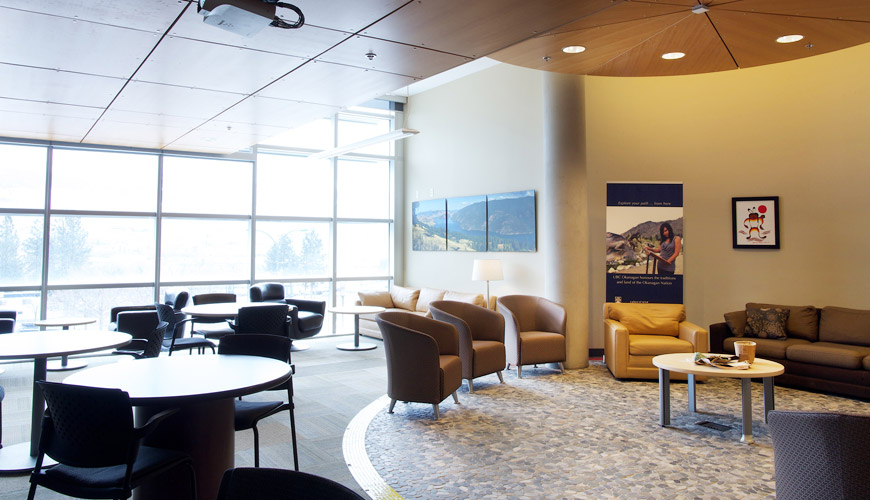 On January 22, 2010, UBC’s Okanagan Aboriginal Centre officially opened. The 256-square-metre centre, made possible by $600,000 in funding from BC’s Ministry of Advanced Education, was designed as a special space that reflects the cultural characteristics of the Aboriginal students who use it.