In 2019, UBC Okanagan pledged to support Indigenous students, culture and scholarship through a public declaration of five commitments in response to the Truth and Reconciliation Commission’s Calls to Action.

The University of British Columbia is committed to meeting the challenge issued to Canadians by the Truth and Reconciliation Commission of Canada to engage in an ongoing process of reconciliation.

As part of the university’s response to the Truth and Reconciliation Commission’s Calls to Action, UBC Okanagan commits to supporting and implementing the following five recommendations received from the Aboriginal Advisory Committee to the Deputy Vice-Chancellor and Principal regarding meaningful support for reconciliation:

Develop and implement activities that support the revitalization of language fluency, including through initiatives such as:

Advance Indigenous teaching and research through positive incentives and strategies that support:

These actions build on the foundation of UBC’s relationship with the Syilx Okanagan Nation and provide direction for efforts at the Okanagan campus to work with and in support of the Indigenous peoples of the Southern Interior region of British Columbia and other Indigenous communities in Canada and worldwide.

The Truth and Reconciliation Commission of Canada

The Truth and Reconciliation Commission of Canada was established in 2008 by the Government of Canada to allow all those affected by the legacy of Indian residential schools to share their stories and experiences, to shed light on a largely unknown and dark chapter in our history, and to help Canada find a path toward reconciliation. 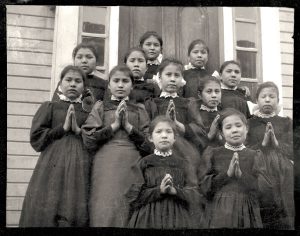 Residential schools, in operation from 1883-1996, separated Indigenous children from their families and culture with the intent of forcibly assimilating them into the dominant culture and as part of a broader policy of cultural genocide.

The courage and experiences of Syilx Indian residential school survivors are documented in the 2018 publication, “Take The Indian Out of the Child: Okanagan Syilx Experiences in the Violent and Forced Assimilation of Indian Residential Schools.”

From the vital work of the Truth and Reconciliation Commission and the stories of survivors came the Commission’s 94 Calls to Action, released in 2015. The Commission called on all levels of government, and indeed, all Canadians, to work collaboratively to further reconciliation with Indigenous peoples.

On January 22, 2021, communities gathered online to share UBC Okanagan’s progress on its Truth and Reconciliation Commission (TRC) commitments. This progress is a start to UBC’s ongoing commitment and dedication to meaningful truth and reconciliation work.

UBC’s Okanagan campus has the unique distinction of being founded in partnership with local Indigenous peoples, the Syilx Okanagan Nation. The university’s warm welcome in Syilx Okanagan territory was reciprocated with a pledge to build long-term, collaborative relations.

Since 2005, UBC Okanagan and the Okanagan Nation have worked in partnership to enhance education and support Okanagan Indigenous culture, history, language, philosophy and knowledge.

This timeline identifies key milestones in the relationship between the Okanagan Nation Alliance, Member Nation Bands and UBC Okanagan, each of which represents an ongoing mutual commitment to work together.

2005
The Okanagan Nation Elders give UBCO three symbolic spirit icons — a mother bear with her two cubs, and the images of mountains and water — chosen for their significance to the region and the Okanagan Nation.

September 2007
The Okanagan language, nsyilxcn, is taught on campus for the first time by the En’owkin Centre.

January 2009
A comprehensive framework for Aboriginal programming at UBC Okanagan is developed in consultation with Okanagan Nation Chiefs and Councils, communities and urban Aboriginal groups.

January 2010
The campus Aboriginal Centre officially opens with support from the community. 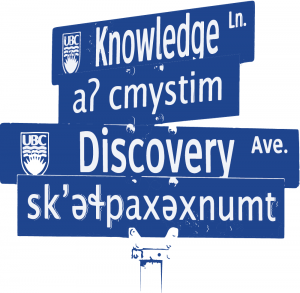 March 2010
Bilingual street signs in the nsyilxcn language are installed on campus.

September 2012
The ONA-UBC MOU is re-signed with both parties recommitting themselves to enhancing education and support for Okanagan Indigenous peoples.

September 2015
The ONA-UBC MOU is renewed, once again, deepening the partnership between the university and the Syilx Okanagan Nation. 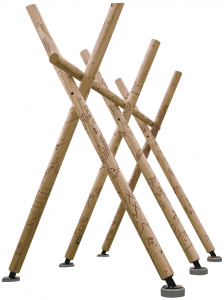 September 2016
sn̓ilíʔtn, a permanent installation by Syilx artist Les Louis and co-funded by the ONA and UBC, is erected in the central courtyard to commemorate the 10 year anniversary of UBC Okanagan and the UBC Centennial.

April 2018
The President of UBC delivers a statement of apology for the university’s involvement in the system that supported the operation of Indian residential schools at the official opening of the Indian Residential School History and Dialogue Centre. 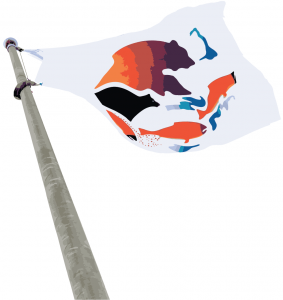 September 2019
UBC Okanagan’s declaration of Truth and Reconciliation commitments is signed, formally committing the university to delivering on five recommended actions toward reconciliation. 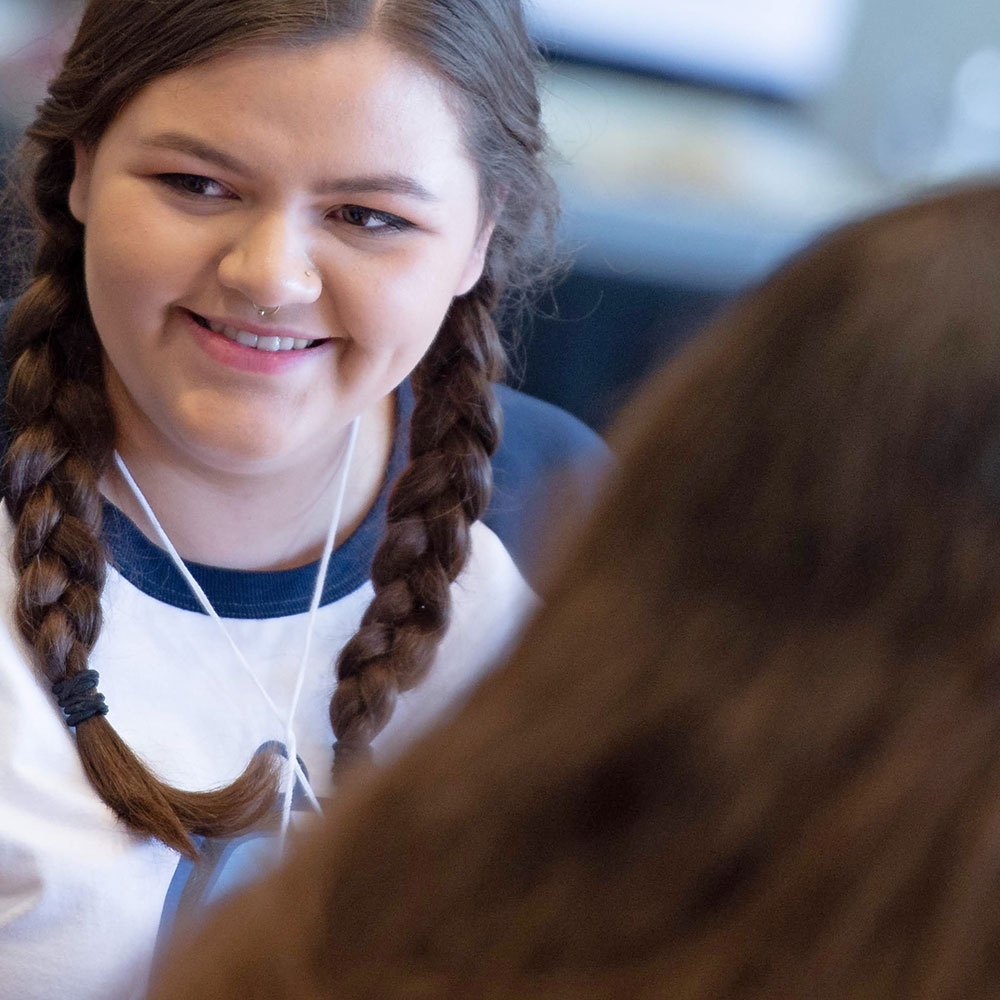 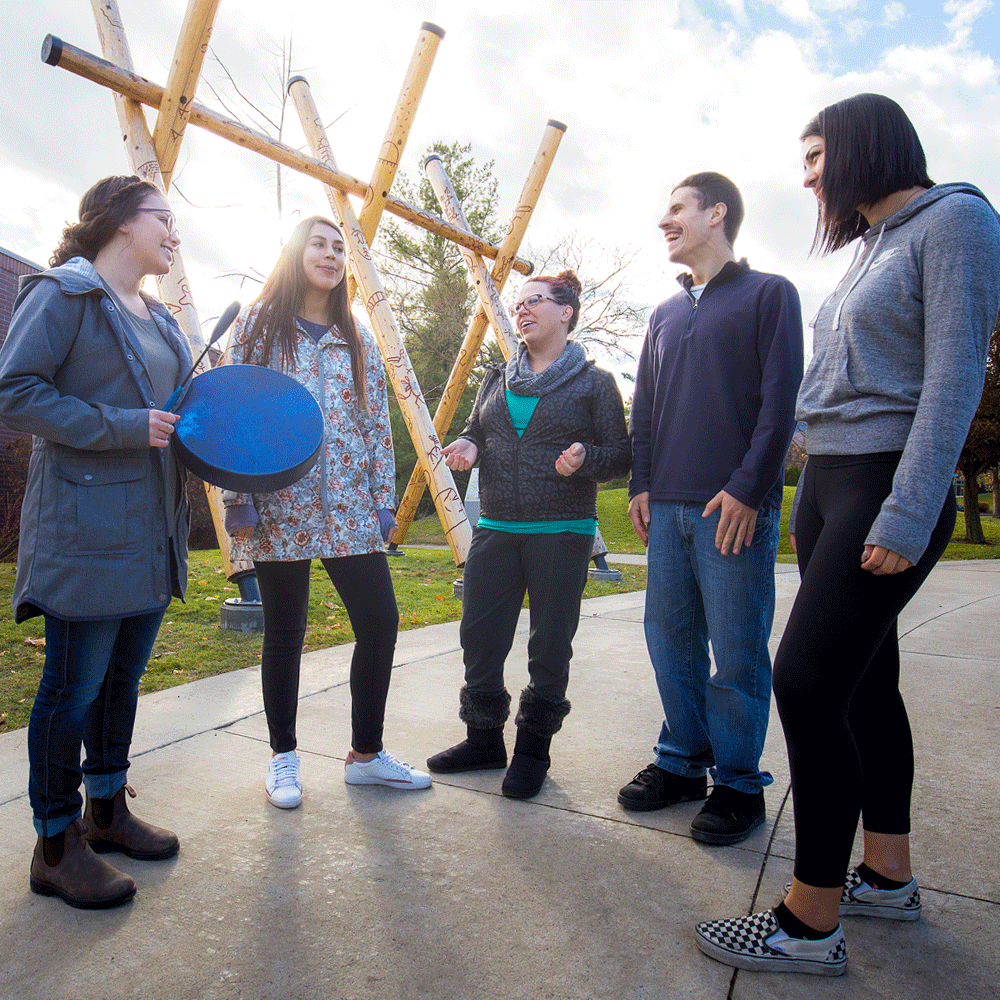 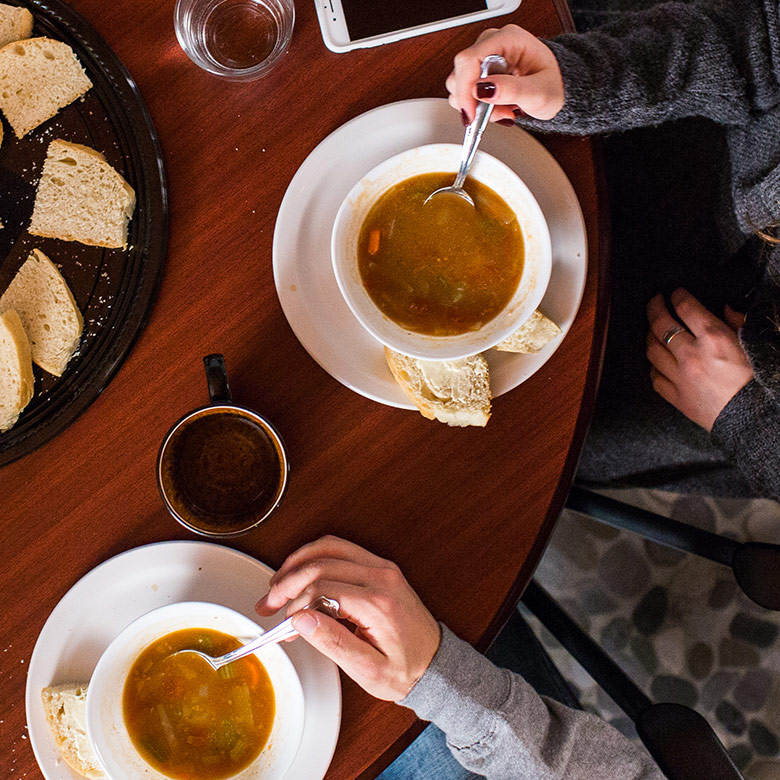